“How many evils does Lust command, in the small secluded margins; who with enchanting spell the pure minds of mortals does subdue, and in everyone induces rage, but quickly each is deceived. Death, seizes fleeing Life and brief joy. He laughs for a moment, and forever despairs. “

This engraving by Jan van de Velde depicts a witch as thought of during the height of witchcraft hysteria in Europe. The bare-breasted wild woman stands proudly in her Circle of Art, while demons surrounding her wait to do her bidding to summon some misfortune. All around her are the tools of her craft: the grimoire, the diviner’s cards, flasks of potions, a horn of herbs and a wand, and the goat which she undoubtedly flew in on. 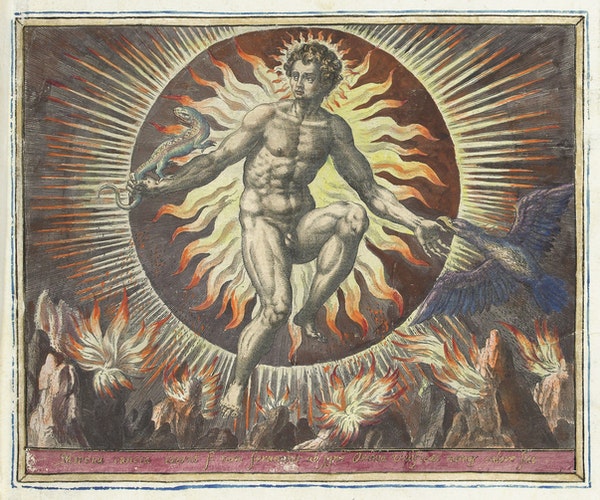 Zeal & Ardor have returned with new music which they are releasing every couple of weeks!

NB: WordPress has released a new page editor which I fucking hate. I am still learning it in my free time so I can continue writing on these topics of interest.

Between 1999 and 2003, an archaeological excavation of the Sainte-Catherine river produced a remarkable collection of medieval pilgrim badges. Between C. XII and C. XV, Christian pilgrims would display these inexpensive badges as charms bought at shrines to the saints.

Some pilgrim badges would display a mundane concern to which the pilgrimage was dedicated (healing, expiation for sins committed, special blessing, travel concerns, etc.) while others were fashioned through verisimilitude to have the same protective powers as the sacred relics they represented.

These badges, or signs, not only represented the experiences of the pilgrimage, but also presented the wearer’s status as a pilgrim as well as what pilgrimage they were set upon. These would also function as a visual language between pilgrims who did not speak a common tongue. The wide popularity, mobility and cheap easy production has resulted in a high number of found examples. Besides their apotropaic qualities, to the medieval pilgrim, the badge also served as a visual memory of their encounter with the sacred relic–a souvenir.

In the image above, a variety of examples from Canterbury Cathedral depict the head relic of St. Thomas à Becket. The head was removed from public veneration and the Cult of Becket was outlawed during the English Reformation.

Every once in a while, get a ridiculous tattoo so you don’t take yourself too seriously. Such as my new one:

The most sacred and important holiday of the year is upon me. My birthday! This year’s festivities were scaled down due to the pandemic but they were no less decadent than in the past. My small chosen-pandemic social group got together to assist a Black Mass to celebrate my LIFE (and what a life it’s been so far). 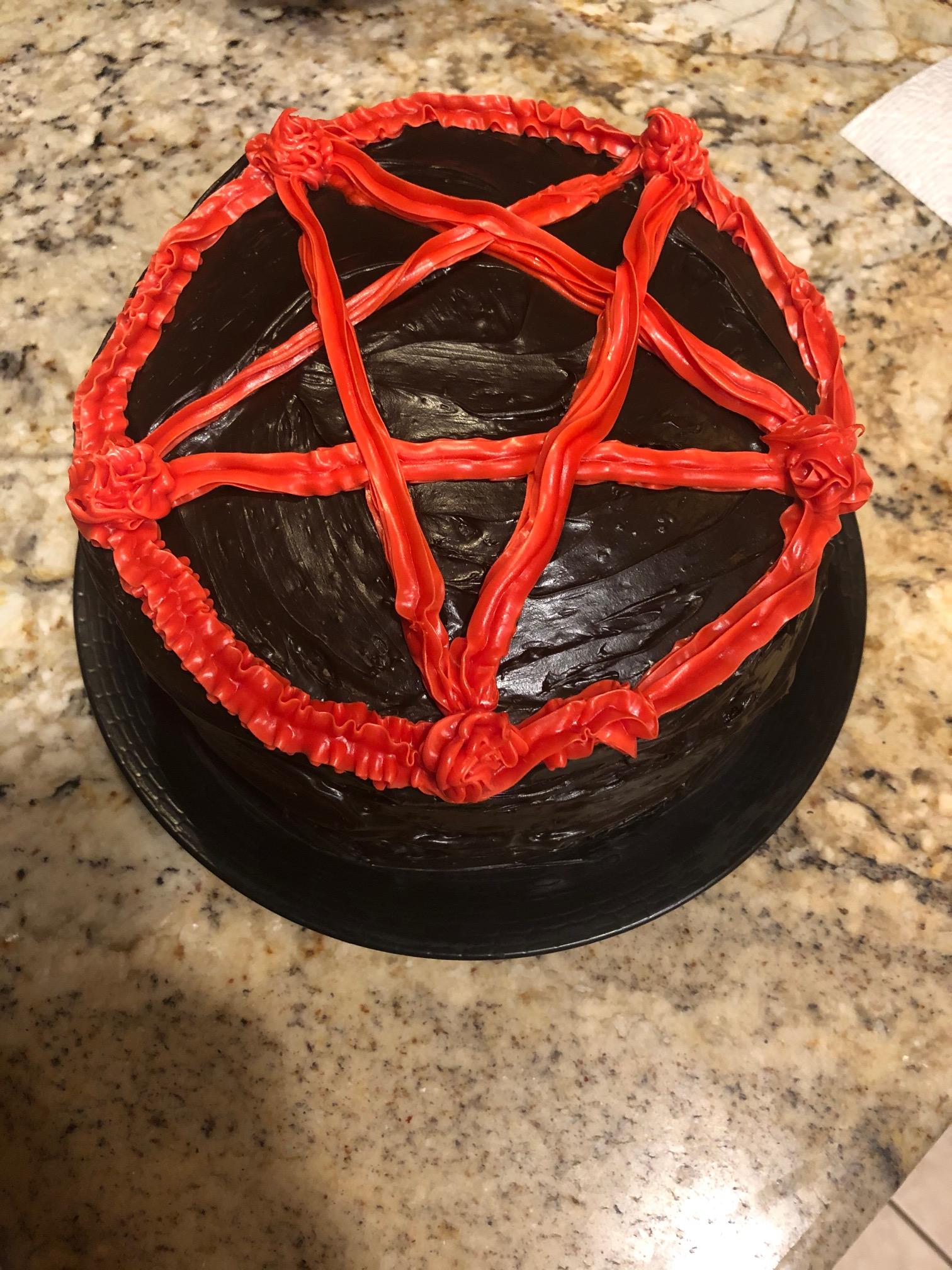 This year’s altar was in stark contrast with the severe torch-lit ceremonies of the past. To celebrate indulgence and all the pleasures of the world, we built an altar to Faustus, the god who is ME–covered in gold, jewels, and all sorts of glittering trinkets which glowed in purple light. My favorite music filled the air as I offered (myself) choice incenses and an oil of frankincense, cinnamon and violet. Our holy communion was a delicious goat cheese with raw honey, and the “Elixir of Life”, Veuve Clicquot with a hearty splash of Chartreuse.

The Faustus candle was lit and bedecked with all the treasures of the altar, where its flame will continue to burn for many days, fortifying ME in my renewed hunger for LIFE.

In the before-times, back when gatherings happened regularly at the Haus of Faust, we had these things called parties. Parties are gatherings of friends and acquaintances that feature merriment, entertaining, and socialization. Wow, in 2020 that sounds like paradise.
Some day, things will return to new-normal, and this playlist which I have been curating for a few years will be useful again. In the mean time, kick back, relax, take a tab of acid and enjoy these videos (best paired with your own music) I’ve been collecting for your viewing pleasure.

The figuration of the damned crowded in the middle of demonic creatures is common in the XV th century to represent Hell. The painter innovates by associating it with the representation of various abuses, such as those described in the Purgatory of Saint Patrick , text which relates the voyage of the knight Owein in Paradise and in Hell. He associated it with the idea of ​​the fall, made even more legible by the composition, built around a vertical line. In the lower half of the image, the damned, battered by monsters, sink into the depths of the earth. The conflagration of bodies combined perfectly reflects the terrible aspect of the scene.
The visual contrast with the very clear panel of Paradise, by the same artist, is accentuated by a radically different palette: here brown and gray tones, and to a lesser extent cold tones dominate. The artist’s masterpiece, this supernatural vision undoubtedly inspired the very suggestive works of Bosch.
Hell and Paradise are perhaps the shutters of a triptych representing the Final Judgment. They have sometimes been identified with elements of a composition produced for the town hall of Louvain in 1468.
Each detail of the work has been the subject of great attention from the painter. The anatomy of the suffering bodies, the textures of the scales of the monsters and their gleaming eyes are dramatically represented, making the horror of the scene even more palpable before our eyes.
The characters’ pain in the brazier manifests itself in their grinning attitudes and faces. The liveliness of the flames is rendered by means of a very opaque paint, as well as the eyes of the demons, which makes it possible to create striking contrasts.

H/T to reader Ben P for this one. Love it, it’s already stuck in my head!