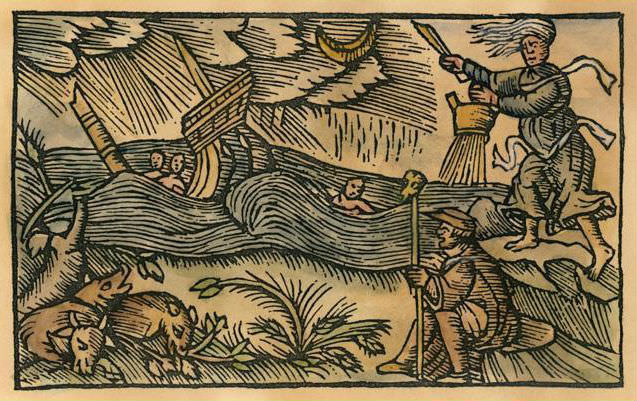 In 1588, with tensions between Philip II of Spain and Elizabeth I at their peak, Philip launched the 130 warships, known as the dreaded Spanish Armada, in an attempt to invade England. According to popular legend, the privateer turned explorer Sir Francis Drake had sold his soul to Satan to become a master of the sea. In the summer of that year, Drake gathered with a mysterious group of witches at Devil’s Point, Devon where they raised a mighty storm that would destroy half the ships and leave the Armada running back to Spain with its tail between its legs. Locals say the witches can still be heard chanting there to this day. 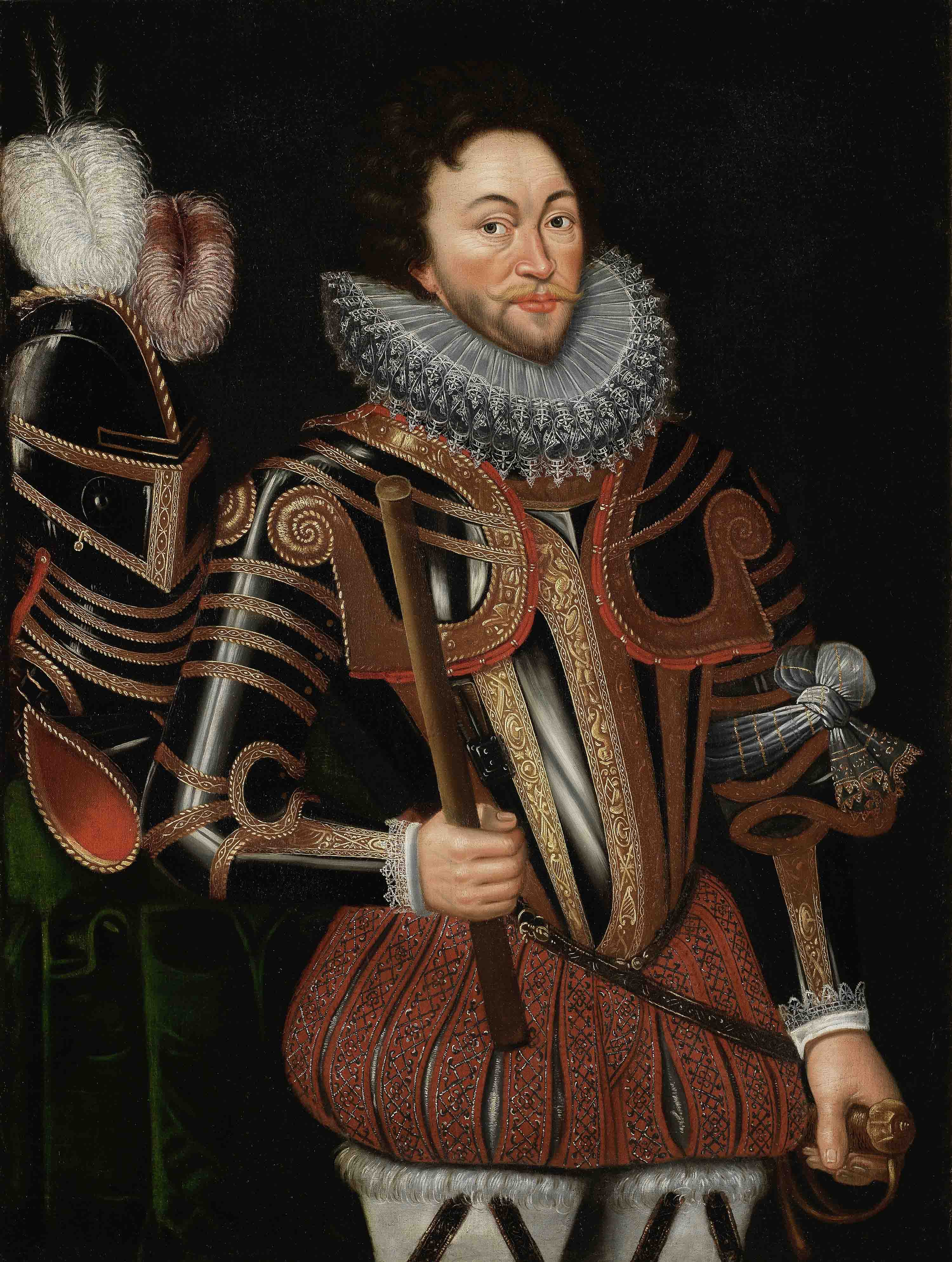 Others like Gerald Gardner, claim that witches were instrumental in preventing Napoleon from invading England, possibly even lending their aid at Waterloo. For a fun alternative history take on the English using magic against Napoleon, see Jonathan Strange & Mr. Norrell: A Novel. 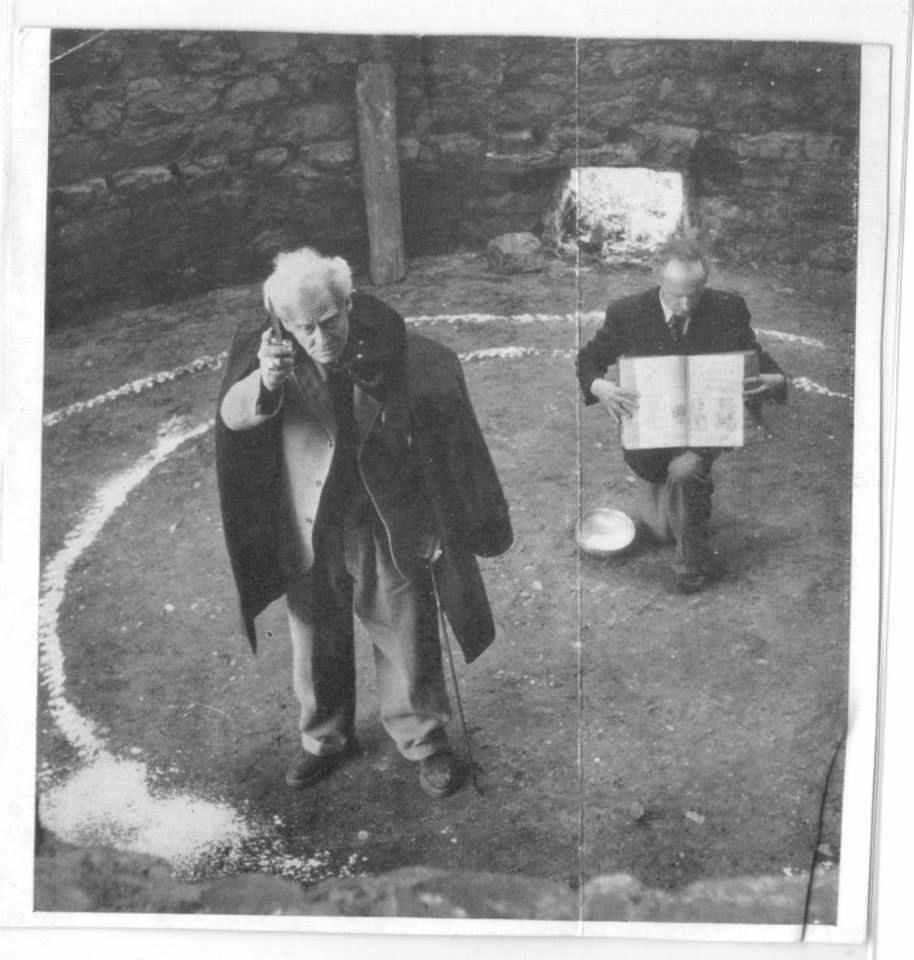 In 1940, again England was under the threat of invasion, this time by none other than Hitler’s Third Reich, who each and every day were dropping bombs on London and other English towns. It was largely expected that a land invasion from Nazi forces was imminent, who sources say were already waiting on the other side of the Channel for their invasion orders. Enter the witches, again. This time a coven of 17, joined by Gerald Gardner and other residents of Highcliffe-on-Sea, who joined on Lammas night to engage in Operation Cone of Power. Here the witches performed a powerful ritual to raise a cone of power against Hitler himself, according to Gardner in Witchcraft Today:

“Witches did cast spells, to stop Hitler landing after France fell…They met, raised the great cone of power and directed the thought at Hitler’s brain: ‘You cannot cross the sea’ … just as their great-grandfathers had done to Boney and their remoter forefathers had done to the Spanish Armada …

Which brings me to the present day. Since 2016 witches have been working together in the thousands against the multi-headed hydra that is the Trump Administration, and now in 2018 against all the evils of the GOP in the Blue Wave movement. Though the culture, place and times have all changed, the theme remains the same: empowering ourselves with magic to fight against tyrannical powers. Though much evil has been committed by Trump and his minions, I like to think that the collective binding is doing what it can in keeping the presidential usurper powerless to destroy us. And now with the noted success of the Blue Wave movement (though much work still needs to be done), the corrupt GOP will no longer hold full power over our government. That is a sign of our success. 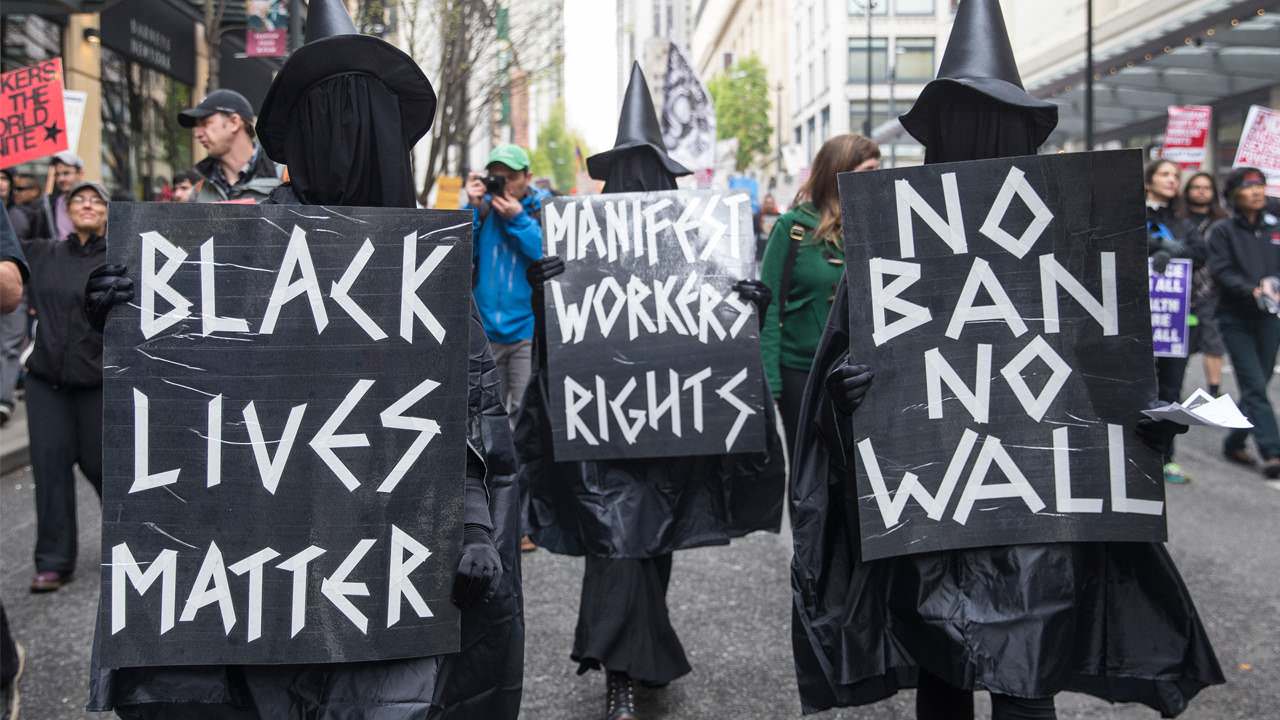 This time it’s not as simple as protecting an island from an invading force—we are working against powers of evil that are woven into the fabric of our own society, and that is much more difficult than shooing away some wooden ships. When people feel helpless and disenfranchised, they turn to magic for empowerment. That is why I have always admired the magic of Afro-Carribean traditions: Voudon, Yoruba, Santeria, Conjure, and so on. The struggle of those peoples, the anger of oppression, the cries for justice and the devoted appeal to their gods for help are what gives their magic such power! That is the caliber of magic we will need in America to defeat these bastards who have stolen our political machinery for their own gain.

These examples from history serve to inspire me when the battle gets tough. If you’re not pissed off by now, why not?! Get the fuck up and keep hexing the Right!

One thought on “Magical Resistance Through the Ages”