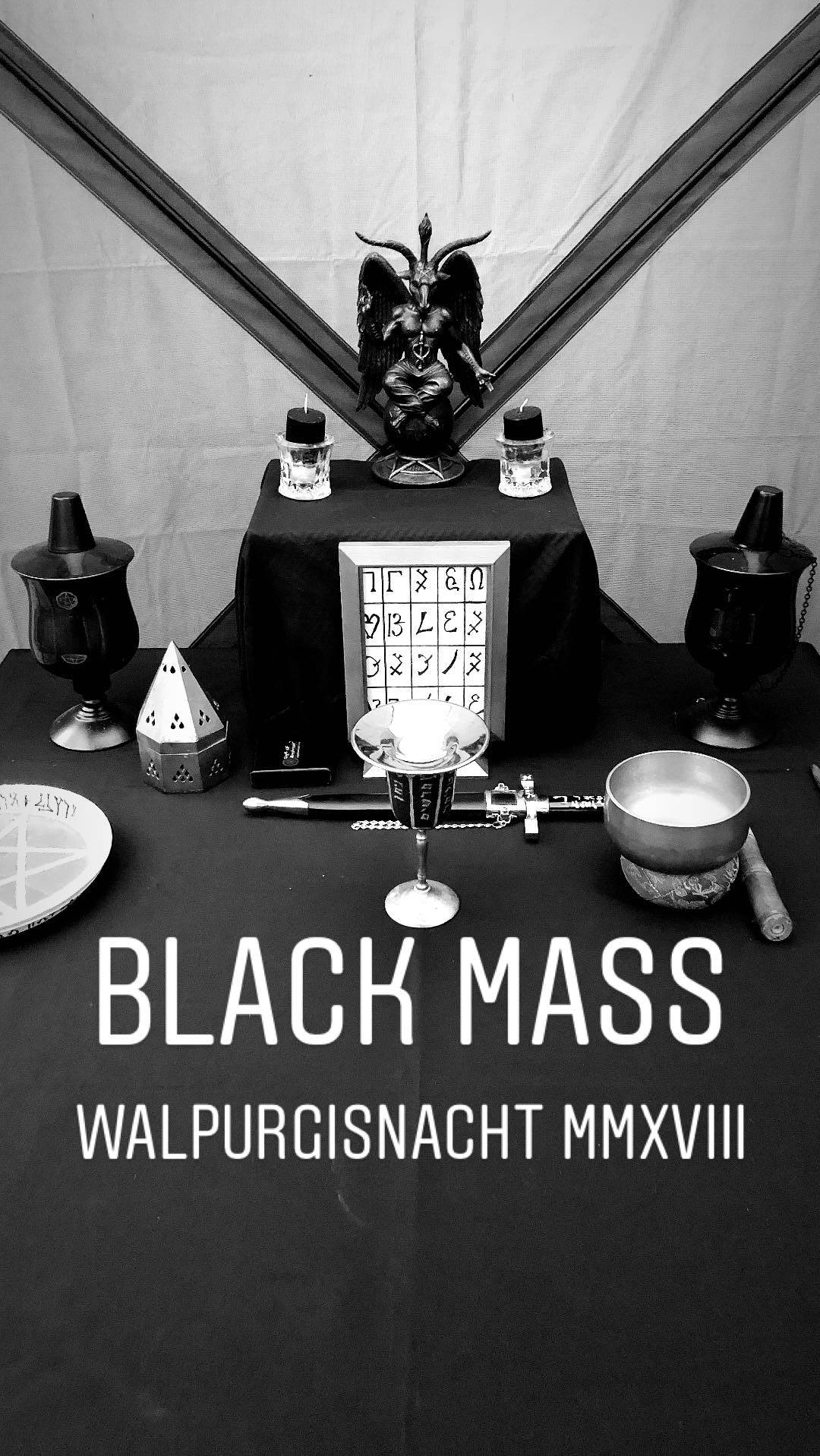 As promised, my first Black Mass has been completed. It was a cathartic experience mixed with fear, anger, joy and release. Click to read the rather lengthy report.

Introduction
The intended purpose of this ritual was to provide psychological decompression and religious deconditioning through an act of supreme blasphemy. For millennia, the Roman Catholic Church has dominated the religious landscape of the West, and promulgated the idea of the True Presence in the sacred host—the Blessed Sacrament. To faithful Catholics, this is the holiest and most desirous substance in the Universe, as it is believed to contain the body, blood soul and divinity of Jesus Christ [1]. By the intentional desecration of the sacrament, the individual automatically suffers excommunication latae sententiae, separating him from the sacraments and spiritual life of the Church [2]. This ritual was performed in order to formally sever this religious association, as well as to attempt to overcome religious indoctrination which is deeply embedded in the individual and cultural psyche.
Procedure
The ritual of this Mass was developed with a combination of source materials from the Missale Romanum [3], with the text modified to reflect Satan in the place of God, with all the appropriate attributes and grammars reversed as required. Other ritual elements modified from LaVey’s writings were also included [4]. Final edition of the ritual text can be found here. The participants consisted of a priest celebrant (this writer), an acolyte and a third attendant (female) who stood in loco altaris.
The ritual space was placed outdoors in a large tent, a black altar facing the West with a reredos holding an image of Baphomet, other ritual elements included: a chalice, paten, pentacle, bell, lanterns, black candles, a Tablet of Union, thurible and incense, and a Eucharistic host which had been retrieved from a Catholic Mass two days prior. The priest was dressed in an alb with black stole and chasuble, the acolyte in black cassock and a surplice, the Altar was nude. 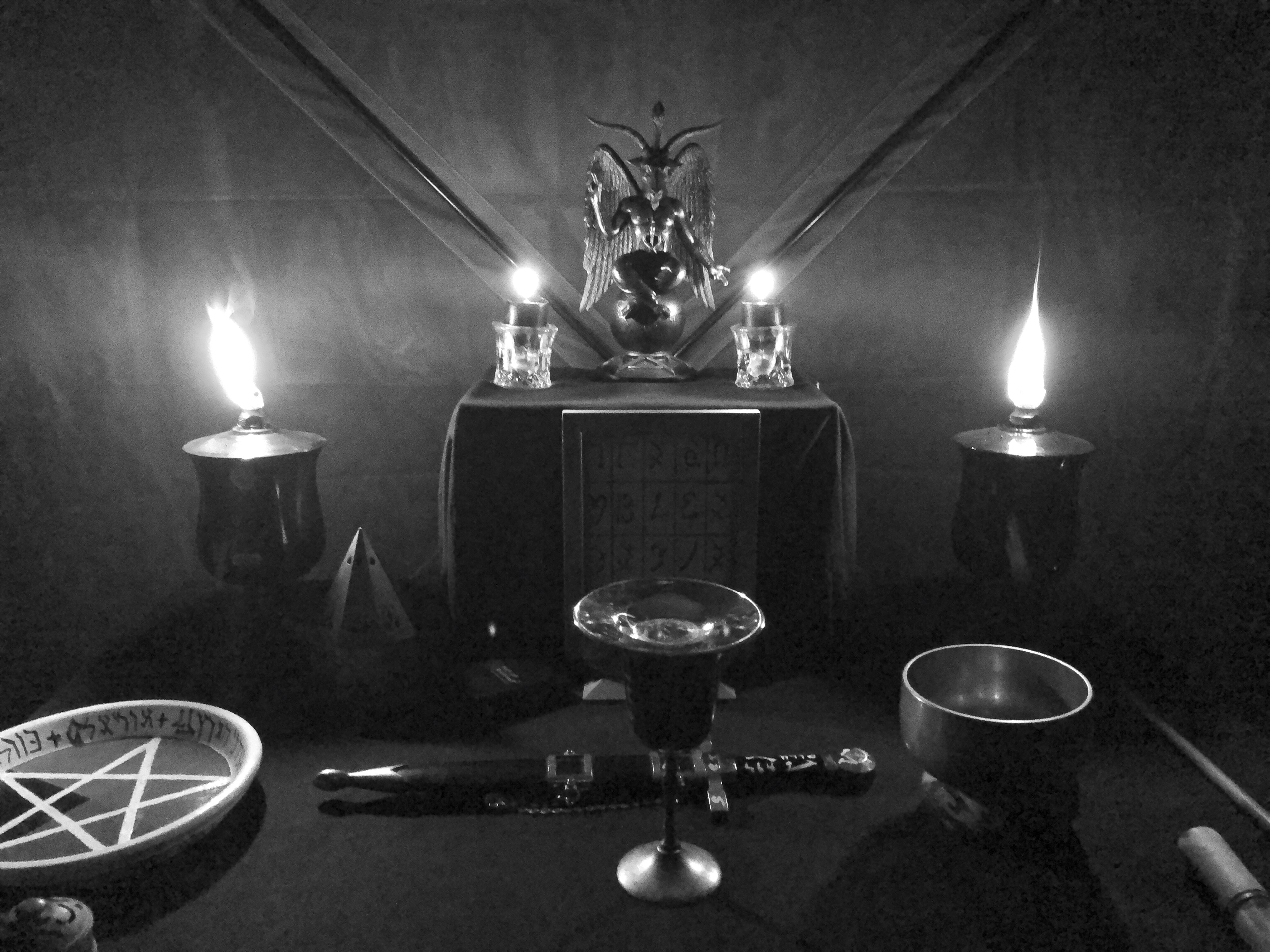 A general outline of the rite is as follows: 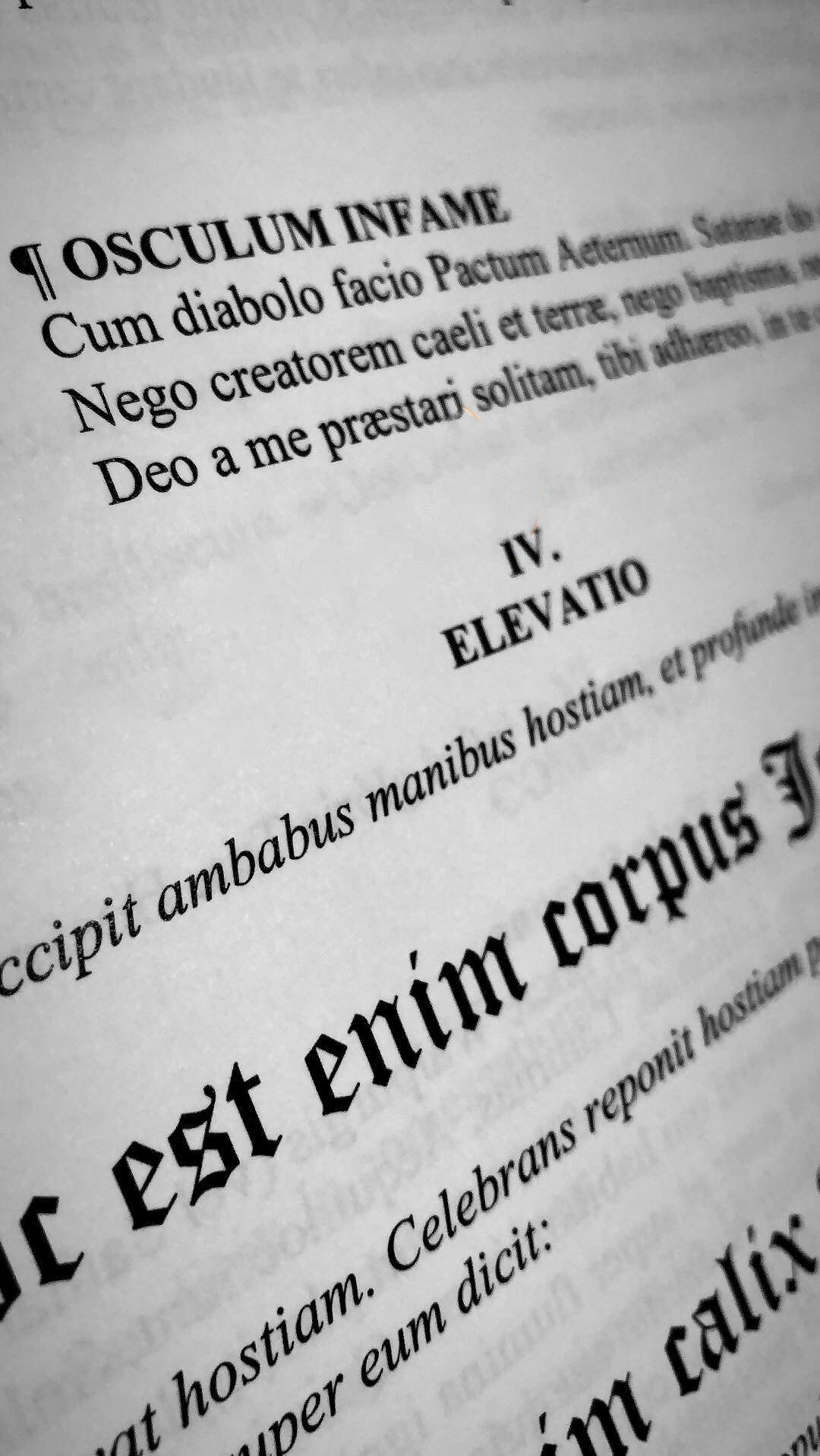 For many years prior to my public abandonment of Catholicism, I firmly believed in the True Presence. I spent hours upon hours in public and private adoration of the Blessed Sacrament, totally convinced that I was in the presence of Jesus Christ. Even contemplating the performance of this ritual gave me a sense of dread, that what I was about to do would leave an irreversible mark upon my very soul.
Though even just taking the host away would incur the excommunication, that was the easiest part. The Catholics don’t have the same reverence they did for their precious sacrament that they once did. Everyone was in line to receive, so taking the host was a simple matter of discretion and hiding in plain sight. As I drove home I was on edge, thinking even still that I was in the presence of divinity. Thoughts of religious guilt raced along, mixed with more reasoned and logical thinking. Even though I call myself a magician, I still consider myself an empiricist and a skeptic.
As the ritual began, fear still encroached around me. Perhaps it was a combination of the dark of the night, the strong wind, the dim light of my tent, or the music playing around us. I was also undergoing a buzz from a smoked mixture of damiana, mugwort and mullein prior to starting. That feeling you get when you know someone is watching you from behind was hovering in the air. What was I afraid of? Did I expect some demon to arrive as I called their names? Did I expect heaven to open up at the last second with a command from God’s throne to stop? The angst of my years of Christian upbringing and education were stirring up deeply conflicted emotions. But I knew that I had to do this in order to break free of that religious mind control.
My prayers to Satan felt effective, as the statue of Baphomet danced in the flickering torch lights surrounded by the smoke of incense and golden trinkets displayed on the altar. I felt a dark energy surrounding our space. A silent, heavy allure. The whisper of a voice far off floating on the wind. The mental image of being beckoned into a forbidden place with pleasures and delights unknown. As I stood there with the Blessed Sacrament elevated in my hands, my eyes were locked upon it. Are you there, Christ? I stared deeply for a length that felt like an entire lifetime. How had I dedicated my years of joy, sorrow, hope and despair to this lifeless cracker that offered nothing in return but complete silence? 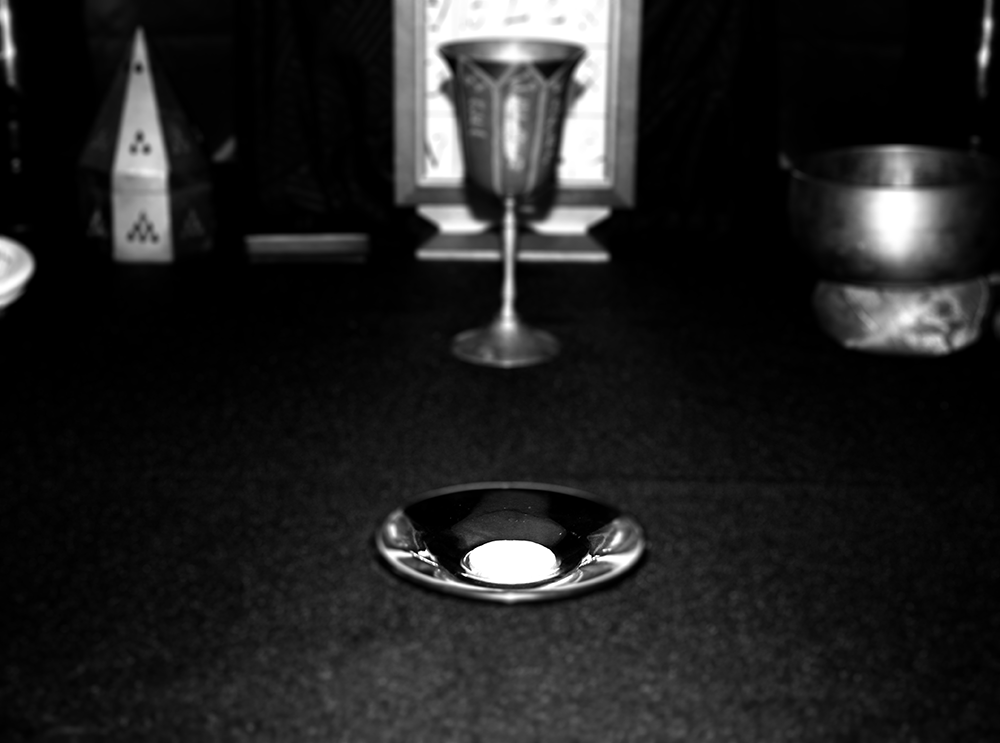 My years of studying toward the priesthood flashed before me, and the burning anger I have felt ever since I left raged deep in my heart like a white hot inferno of pain.  All this fucking drama over a piece of stale bread! I took all of my anger and poured it into my act of sacrilege. With delight I held the body of Christ on my cock. With pleasure I inserted it into the vagina of the Altar. This was a cathartic moment of reclamation of the goodness of human sexuality. No more need for shame! With my burning anger I pierced the host, again and again. The joy that arose in me can only be expressed as an orgasm of the heart. With relief I let my piss stream onto the ground where it lay, like an animal reclaiming its territory from an intruder. Free at last from the superstition, the false pretenses of holiness, the shame of being who I am, and any last vestigial ties I ever had with the so-called communion of saints was now at an end.